I now have logged 3 years of sunshine with the B-L Sunrecorder - 6,260 hours of sunshine recorded of a total 13,463.8 hours of daylight which is 46.5% (June 1, 2011 to May 31, 2014). A few hours of recording were missed due to computer shut down and power outages. Also I had to raise the unit as the trees continue to get taller which began to obstruct some of the direct sun shine upon the sensor unit.

Surprisingly during our very cold winter the sunshine totals for January, February and March this year were between 70 and 80% of daylight.

It has been a great addition to my site and enjoyable to be able to quote and display exact hours of sunshine in any particular day, month and year.

Well another year gone by. Still a small number of B-L Sunrecorders on the map http://www.sunrecorder.net/ and the future is still bright.

Well yet another year. Now 5 years of using the Blake-Larsen Sun Recorder http://www.komokaweather.com/weather/su ... ay_v1.html. Over 98% of up time over the 5 years. Just worked today with Ole to calibrate it and update with the latest version of the program. Not many users at the moment but that may change as Ole will be manufacturing a new batch. I presume details will be on http://www.sunrecorder.net/ when they are available.

Not a good day for sunshine today. A total of 01:54:58 hh:mm:ss sunshine recorded today by 8 B-L sunrecorders http://www.komokaweather.com/weather/su ... today.html

State of the art - sun recorder

My last contribution in this thread is about 5 years old so I thought it would be appropriate with an update.

Almost 8 years ago (June 5. 2009) Alan entered this thread with his idea of how to measure sun shine duration.

It caught my attention September 2009, and Alan and I started a friendship with the goal to make the sun recorder a liable and sellable product.

Alan and I went thru a hectic period with brain storms, various proto types etc. and in April 2011 we were ready to deliver our sun recorder to a few test users, and after some time we the recorder operational worldwide in UK, US, Canada, Brazil, Venezuela and New Zealand.

Some of these are unfortunately not on air any more for various reasons (like political situation in Venezuela, lightning strike in Brazil).
Just today 8 units are on-air on sunrecorder.net

During the last 5 years, the software used for the sun recorder has been continuously improved – most probably that will continue.

The latest significant change is the method on how to calculate the threshold.

Originally, we found an algorithm by the cut-and-try method for best fitting to the sensor signal obtained – this method proved to give a high degree of accuracy, but it did not have any scientific basis.

Now the software uses a method which is purely based on well documented descriptions on how the sun light is attenuated by the path through the atmosphere – the air mass method.

When sun is exactly perpendicular to the earth’s surface the air mass is 1.

When the sun is lower above the horizon the path thru the atmosphere is longer.

Another factor is the earths elliptical orbit around the sun – on January 3 the earth is closest to the sun and half a year later the opposite.

The sun radiation differs then +/- 3% because of the elliptical orbit and that fact is now also included in the sun recorders algorithm for calculation of the threshold.

Is the new calculation method then resulting in a major improvement of the performance? – certainly not, but is much more satisfying to use a method with a well-established scientific background.

The lessons learned from the first production batch have been used in an improved new version of the recorder – better convex mirror and improved protection against environmental influences from weather and some other minor details.

Have a look on sunrecorder.net

Good to hear from you again Ole.

I've looked at the site a few times, but everything seemed to be 'old' news.

Any of the more established weather community or manufacturors shown any interest ?

Re: State of the art - sun recorder

Olejul wrote:My last contribution in this thread is about 5 years old so [...snip...]

Alan and I went thru a hectic period with brain storms, various proto types etc. and in April 2011 we were ready to deliver our sun recorder to a few test users, and after some time we the recorder operational worldwide in UK, US, Canada, Brazil, Venezuela and New Zealand.

Some of these are unfortunately not on air any more for various reasons (like political situation in Venezuela, lightning strike in Brazil).
Just today 8 units are on-air on sunrecorder.net[...snip...]

Have a look on sunrecorder.net :D

Hello everyone, this is my first post on this forum in years.

Thanks to the Ole update, It is very pleasing to me to know that this project has advanced enormously in all these years; on the other hand it is very unfortunate not to have been able to participate in except for a few weeks, due to the total closure of my research unit on meteorology and the subsequent political persecution of which I’m still are victim, such persecution has nearly made it impossible for me find a job and continue with my scientific and professional career.

The fate of all our instruments, infrastructure, computers and support equipment's (near $100K worth) is unknown as today.

Hello everyone, this is my first post on this forum in years.

And nice to see you are still monitoring this thread... I miss the SA B-L Sunrecorders on http://www.komokaweather.com/weather/su ... today.html

Visit http://www.sunrecorder.net/ and have a look through the Users Manual

I just installed SunRecorder on my station

There are still some details missing for the final installation 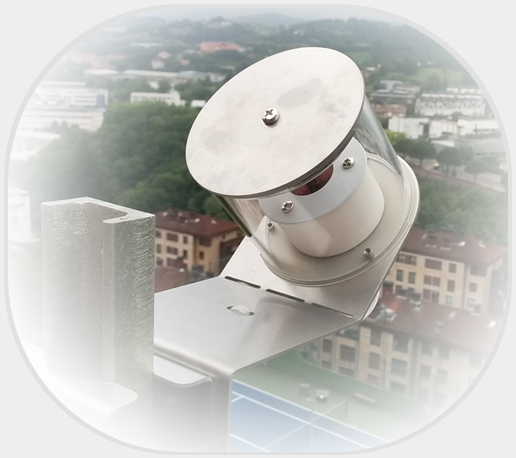 This is my new page dedicated to Sun Recorder and all known users:

Good to see some new presentations, and well done!

I improved the page.

Now, when you mouse over the 24 hours image of Sun Recorder, we see the current image of the webcam (if available) for each user:

To know San Sebastian, you can look at this:

Very neat... We'll have quite a bit of activity in our webcam this morning with the Komoka village-wide yard sale today.